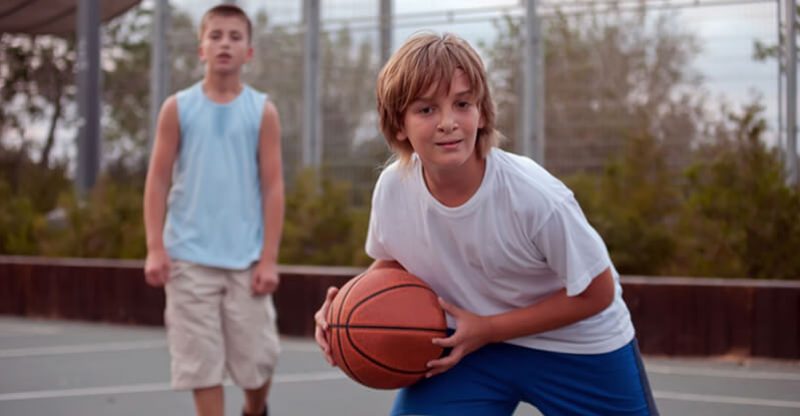 When you are teaching basketball to young kids, you have an incredible advantage that teachers of other subjects just don't have.

So you basically have a class that is highly motivated and looking forward to learning new things.

But sustaining that level of enthusiasm is essential if you want your students to learn the nuances of the game.

And to do that, you have to keep the “fun quotient” high in your lessons. Teaching kids sports like basketball is not like coaching adults.

You will not get progress by giving them monotonous drills and tough talk.

Check out our guide to exciting drills for kids to get a better idea of what we are trying to say here.

The guide includes suggestions for interesting drills that will help your kids improve on the basic skills required in basketball.

All these drills have been designed to help kids have fun while learning. What is it: In basketball, there is such a thing called right way to shoot, or the perfect form for shooting a basket.

This is a drill focused on teaching this form to all your students.

Requirements: The entire team, with basketballs for each of the players.

It can be played on the full court or half court.

Line the players in three groups, at different angles facing the basket.

The Rules: All the players take turns to shoot.

The aim of the drill is to get shots that go clean through the hoops and into the net, creating that “swish” sound.

Once a player takes a shot, they can go to another line or the back of the same line.

What is it: a fun way to experience some pressure, by shooting free throws.

Requirements: One basketball, and all your players lined up in single file in front of the free throw spot.

Rules: All players have to take free throws one by one.

When one player makes a shot, the pressure starts.

All other players also have to make shots, or they are out of the game.

Pressure stops when someone misses.

The game continues until there is only one winner.

21 Cones - Playing For Cones Instead Of Points

What is it: a game where a team is awarded “cones” or similar objects for making shots.

Place 21 cones at one end of the court.

You can use any object, like tennis balls, if you don't have cones.

If a player scores, they can run to the other end and pick up a cone.

The team with the largest number of cones wins.

What is it: a simple drill that teaches new players the basics of dribbling. Can also be used to improve dribbling skills.

Requirements: A basketball for every player.

Player has to line up with their balls on the baseline. Make multiple lines if you have more than eight kids playing this game.

Rules: Make the players dribble up the court, using specific types of dribbles.

Make them do different dribbling moves, like crossovers, dribbling backward, through the legs, and more.

Dribble Knockout- Learn How To Protect The Dribble

What is it: a drill where all the players are squished into a small area, trying to knock each other’s basketballs away.

Requirements: You need a basketball for every player.

The playing area is a small and restricted space, like the one within the three-point line.

Rules: The players have to stay within the designated zone, dribbling the ball consistently.

At the same time, they also have to try and knock the other player’s ball away.

Players who are unable to protect their dribbles are ejected from the zone.

As more people are removed, the zone gets smaller, until only one player is left standing.

What is it: a fun mash-up of the traditional game of Tag with basketball dribbles, designed to improve the ball handling and dribbling skills of kids.

The rest of the team are regular players, each armed with a basketball.

Rules: players with the ball have to keep dribbling while trying to avoid the taggers.

If they get tagged, they have to stand still with their legs wide open and the ball on their heads.

Other players can free the ones who have been tagged by rolling the ball between their legs.

There is no end to the game, so the coach has to rotate the taggers every few minutes.

What is it: A simple drill that teaches kids the absolute basics of passing techniques, and different kinds of passes.

Requirements: Divide the group of into pairs of players. Each pair gets one ball between them. The players then stand on opposite sides, facing each other.

Rules: The players have to keep passing the ball back and forth.

You can keep things from getting monotonous by asking them to do different kinds of passes, and from different distances.

Keepings Off - Learn The Basics Of Spacing And Quick Decision Making

What is it: young kids tend to run towards the ball en masse.

This drill encourages the team to keep their distance and spread out.

Requirements: Couple of players are tagged as defenders.

The rest are spread out within a small playing area, like the three-point zone.

The drill needs only one ball, in the hands of the offensive team.

Rules: The goal of the two defenders is to steal the ball, or get a deflection.

They can move around freely.

The players on offense can pass the ball to each other, but have to stay stationary on their spots.

After some time, change the defenders.

What is it: exactly what the name suggests, a game of three players vs. two.

Requirements: the offensive team will have three players, facing off against a team of two defenders.

This drill needs just one ball.

Rules: The game is pure attack vs. defense.

The three offensive players have to try and score, while the two defenders have to block or steal the ball.

When the defenders get the ball, they have won, and the roles are reversed.

Continue playing this game, cycling out players with each passing round.

What is it: a very enjoyable game where the kids are taught jump stops, pivoting and passing.

Requirements: Use four cones to create a large even sided cross (or a square) on the half court.

Place the fifth cone at the center of the cross.

The players are divided into four teams, and each team is sent to one of the cones on edge to form a line starting from the cone.

Each team has one basketball, helped by the first player in the line.

Rules: First tell the players exactly which side they will be pivoting and passing.

Once the drill starts, the players with the ball dribble towards the central cone, do a jump stop, and then pivot and pass the ball.

They then join the back of the lines.

The whole process gets repeated over and over.

What is it: a simple drill used to teach and train jump shots and quick pivots.

Requirements: Each player has to have a ball in their hands.

Form up the players into lines, with max five or six players in each line.

All players start on the baseline, in triple threat position.

Rules: When the drill starts, players are required to dribble the ball slowly up the court.

They have to perform a jump stop when the coach says stop.

The process continues until they reach the end of the court.

More advanced versions can include pivots long with jump stops.

What is it: a drill where players have to “mirror” their opposite numbers, mimicking movements.

Requirements: This drill is best suited for smaller groups of players, as you can only play two players at the same time.

Players stand in pairs at the baseline.

Rules: First pair comes to court and faces each other, using the parallel lines of the key.

One is assigned offense and the other defense.

The goal of the defender is to stay in line with his opponent.

The other player will try to slide up and down to shake the defender off the line.

The roles are reversed after some time.

What is it: a drill that works on all the different defense moves like closeouts, sprinting, sliding and backpedaling.

All the players and defenders, and line up behind the backline.

Rules: This is a drill involving a single player.

They have to run from the baseline to each of the cones, performing the different moves like sprints, closeouts and backpedals in the process.

One On One- A Combination Of Defense And Offense Drills

What is it: a drill where players play one on one, with no extra help for the defender.

Requirements: The defender keeps the ball.

The two players face off near the free throw line.

Rules: The defender gives the ball to his opponent.

The attacker then gets two or three dribbles to get close to the ring and get a clear shot.

Afte a shot or miss, the defender leaves, and the offensive players become the new defender.

He is joined by a new player who takes the role of offense.

What is it: a series of games played by two teams at the half court or full court.

Requirements: two sets of players, facing off on opposite sidelines.

Each team member gets a number, from one to six or one to seven, for example.

There is only one basketball, in the hands of the coach.

Rules: The ball is thrown into the middle of the court, and the coach calls out random numbers, between 1-6 or 1-7, as the case may be.

The players whose numbers are called come to join the game.

Each round lasts until somebody scores.

What is it: a very popular hit among kids, involves two teams facing off in a game of elimination, using elements of baseball.

Requirements: Two small teams, with the same number of players.

The team designated as dribblers should have basketballs for all their members.

They will line up at one corner of the baseline.

The other team is the shooting team, armed with one or two balls, and positioned around the free throw line.

Rules: Dribblers have to make home runs, by running all the way around the half court.

Shooters can try to eliminate the dribblers by making shots.

If hit, a dribbler has to freeze on the spot.

After this, a teammate can start the dribble again.

The team with the highest number of home runs at the end wins.

Game Winner: A Fun Way To End Practice On A High Note

What it: a drill where players get a token prize for making very long shots.

Requirements: The starting point depends on the age and skill level of the players.

Choose a spot that is quite challenging for long distance shots.

The spot should be outside your players’ comfort zone for shooting.

This drill needs just one ball.

Rules: all the players line up at the starting spot, and get one shot at the basket.

Those who make the shot in one attempt receives a prize from the coach.

This is meant to be a drill that ends a practice session.

The drills mentioned above are just some favorite examples of lively and fun-focused drills for children.

They may incorporate elements from other popular games like tag, and baseball, but ultimately the aim is to improve the core basketball skills of your students.

Keep rotating and mixing and matching drills like these make sure that the kids are fully engaged and interested.

With these encouraging and stimulating drills and mini-games, you will demonstrable results in a very short amount of time. 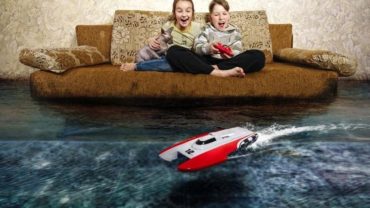