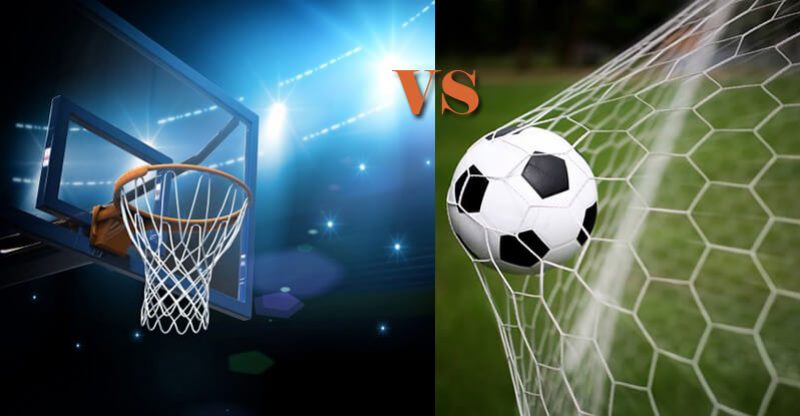 Comparing soccer and basketball is somewhat like comparing apples and oranges. Sure, they are both massively popular team sports played all over the world. Both have vibrant fan support and are played at amateur, school, college and professional levels.

Some of the richest sports leagues and professional athletes in the world are from these two sports. But beyond some basic similarities like these, both sports are radically different on many other counts. Let's see the significant aspects where soccer and basketball are different. A basketball contest between two teams is called a “game,” while a soccer contest is called a “match.” Soccer is played on large “soccer fields,” preferably with natural turf grass. You can also play on artificial turf if the natural surface is unavailable. Basketball can be played either indoors or outdoors, on a playing area called the “court.”

It must be played on a hard surface, usually synthetic or wooden. Soccer cannot be safely played on hard surfaces and requires grass/turf to protect the players. And since both sports do not involve any rackets, bats or clubs, the equipment is mainly restricted to uniforms and footwear.

Players typically wear shorts and jerseys in both sports. In soccer, they do not wear sleeveless jerseys, while that is very common in basketball. Soccer players wear cleats and shin guards, while basketball players wear sneakers.

A goalkeeper in soccer also wears gloves. A basketball is a synthetic/leather ball, usually orange in color. A soccer ball can be white and black, or white with multicolor designs.

Let’s start with the most obvious one: how the ball is handled and controlled in either sport. In basketball, you are only allowed to manipulate or handle the ball with your hands. Kicking the ball is not allowed.

Scoring in basketball is possible only by using your hands. In soccer, the opposite is true. Scoring, passing, and dribbling the ball in soccer is done mainly with your foot. You may also use your head or chest to control the ball and even score.

But you are not allowed to use the arms and hands to touch the ball in soccer. There are fewer restrictions and rules regarding dribbling in soccer when compared to basketball.

You need five players on each side to play an official game of basketball. And corresponding to the number of players, there are mainly five different positions or roles/specializations in the game. They are the Center, Power Forward, Small Forward, Shooting Guard and Point Guard.

Since there is a lesser number of players involved, all five positions have active responsibilities during offense and defense. A soccer team is made up of eleven players on the field. The major positions are the goalkeeper, defenders, midfielders, and strikers.

There is a very high degree of specialization in soccer, regarding player roles. A defender can be a sweeper, center back, stopper, or wing back, while midfielders can be wingers, defensive or offensive.

The goalkeeper or goalie is the most specialized position in soccer, as he/she is supposed to guard the goal, and can handle the ball with their hands.

The aim in both sports is to score more points or goals than the opposition. Both involve getting the ball across into a target area, or goal. In basketball, the goals are two baskets or rims at either end of the court. These rims are 10 feet above the ground, attached to a glass or wooden backboard. In soccer, the goal is a large rectangular box, open at one end.

There are two goals, one at each end of the field. They are very large, with official measurements of 8 x 24 feet. Both soccer goals and basketball rims have nets attached to them.

When you score in basketball, you get points. Depending on where you shoot from, you can get 1, 2, or 3 points in basketball. A standard shot from close to the basket results in two points. In soccer, you score goals.

Each goal is worth only one point, regardless of where you shoot from. Basketball games can be very high scoring affairs, with teams frequently scoring more than 80 or 100 points in a single contest. In sharp contrast, goals are far fewer in soccer.

One game of basketball takes precisely 48 minutes of actual play, divided into four quarters. But since there are many stoppages, breaks in play, and timeouts, a typical game at the professional level can last more than two hours. In basketball, when a break in play or timeout happens, the game clock is stopped.

Soccer is a more straightforward affair. The actual game time is longer, at ninety minutes. It is divided into two halves of 45 minutes each. Unlike in basketball, the clock is not stopped for unplanned interruptions like injuries in soccer.

Instead, a few minutes are added at the end of each half to compensate, called “injury time.’ A match takes around two hours to complete.

There is no concept of timeouts in soccer. The players leave the field at the end of each half only. Basketball has the concept of unlimited substitutions, while in soccer, substitutions are extremely limited. During an official contest match, a soccer coach can make just three substitutions.

Unlimited subs are only ever used in friendly matches and practice games. Soccer also lacks the concept of a “shot clock.” There is no time limit within which an attacking team has to attempt to score. So it doesn't have the constant back and forth action we find in basketball.

Both soccer and basketball are considered as full contact sports. But in this regard, soccer is decidedly the more physically aggressive game, as it allows for tackles. In basketball, if there is excessive and aggressive contact on the body of a player by his opponent, that can be called a foul.

And outright tackling of the ball player is not allowed. In soccer, even aggressive tackles with the feet can be waived off if the tackler made contact with the ball first. As a result, contact-related injuries are more severe and more common in soccer than basketball.

They often result from collisions between players, caused by mistimed challenges and aggressive tackles. In both sports, the referees have the authority to deem what constitutes a foul, and what is a legal challenge.

Any play or action that is against the rules of the game is a foul in both sports. Fouls can result from improper dribbling, kicking, or illegal handling of the ball, or aggressive contact with opposition players. Disrespecting or ignoring the authority of the referee can also result in fouls.

Individual players can get sent off the court or field if they rack up too many fouls. In basketball, any player who gets six fouls in his name in a 48-minute match is disqualified from playing the rest of the match.

In soccer, if you perform serious fouls, you get a yellow card. If you get two yellow cards in a match, you get a red card; you are sent off the field. Very rash and dangerous tackles can result in a straight red card as well.

If it was a defensive foul inside the penalty box, the opposition gets a penalty kick. For offensive fouls, the defenders get a goal kick.

In basketball and soccer, officials who regulate the game and enforce the rules are called “referees.” In the US, basketball referees usually wear black pants and black and white striped shirts. There are often two or three referees on the court in a game of basketball, at different positions to cover all the angles of play.

Soccer referees usually wear polo-style t-shirts and shorts. Though plain black was the standard color for jerseys, these days other colors are also worn.

Yellow and black remain the most common jerseys worn by soccer referees. A soccer match is controlled by a single referee, with the assistance of two other officials called linesmen.

In basketball, the focus is mainly on fast attacks and counterattacks. Since the court is shorter, this style of play is easier to achieve than on a soccer field. Fast breaks are an essential aspect of scoring on a counter.

But in soccer, the area is much longer and wider, and there is double the number of players. So it has the offside rule to regulate a smooth flow of the game across the field.

If a receiver of the ball has no defenders (except the goalkeeper) between him and the opposition goal, he is considered off-side, and the possession is turned over to the opposing team.

This is often a controversial rule, but it does prevent teams from taking the easy route or parking a couple of players at the opposition end. That would then force the defenders to camp in their half, and the whole game would have a limited dynamism or free flow.

Both soccer and basketball are extremely demanding sports that require a great deal of athleticism and skill. But they have a lot of drastic differences.

While height is a decisive advantage in professional basketball, the greatest dribblers in soccer have all been very short players.

The NBA and basketball are far ahead of soccer and the MLS here in the US. But internationally, soccer is far ahead regarding popularity, at both the club and country level.

Competitions like the World Cup and international club events like the Champions League and Copa America have a global audience. 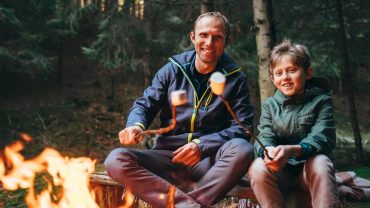