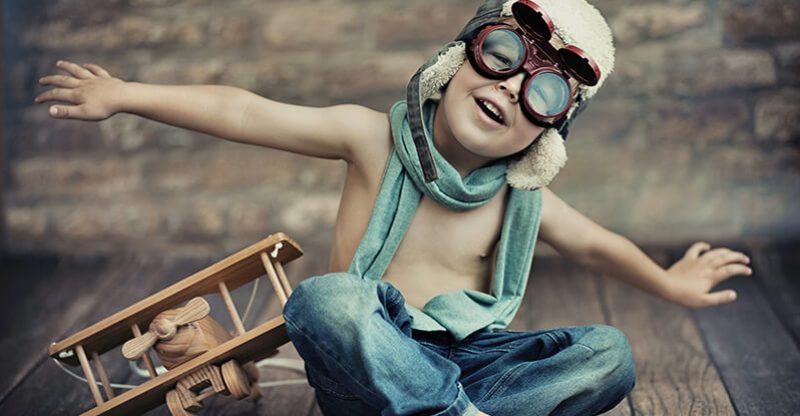 1. What Are Politically Incorrect Toys?

Toys often very accurately reflect the ideas, culture, and social conventions of a particular age. The American society has changed drastically in the last 50 years or so, especially in fields like racial equality, gender rights, and acceptance of alternate sexualities.

The degree of change becomes starkly apparent when you get an opportunity to look at some relics from the past. This is the idea behind “Politically Incorrect Toys,” a Kickstarter campaign initiated by Hawaii based photographer David Murphey.

He is a professional who has worked for high-end clients like Google and Paris Hilton. This project started out as a hobby when he started focusing on vintage toys that reflected outdated attitudes towards race and gender, among many things. 2. The Rise Of Politically Correct Toys

The portfolio of photos in the “Politically Incorrect Toys” can seem very shocking to a modern audience. A lot of this is due to the rise of the trend called Political Correctness, or PC, which has become all pervasive.

Sensitivity to other ethnicities, minorities, and genders is a positive sign of modern society. But when that sensitivity goes overboard to an unhealthy extreme, the results are not positive. This is why PC is given such a negative meaning in modern contexts.

In the past, dolls that openly depicted slavery, and racism were common. In that day and age, such views were acceptable for many. But in today's world, multiculturalism is the norm. But the world of toys has moved beyond just showing a multi-cultural and equal society.

And that is not necessarily a good sign. Toy manufacturers are out to make a profit. And when toys that depict potentially sensitive topics can bring protests and losses to the company.

So modern toys have become extremely PC, sanitized, and boring. Identity politics is critical in modern society. But somewhere along the way, political correctness has been taken to unhealthy extremes.

This is why viewing some of the photos of vintage toys in David Murphey’s collection comes as a real shock to the system.

3. Why My Favorite Childhood Toys Wouldn't Exist In Today's World 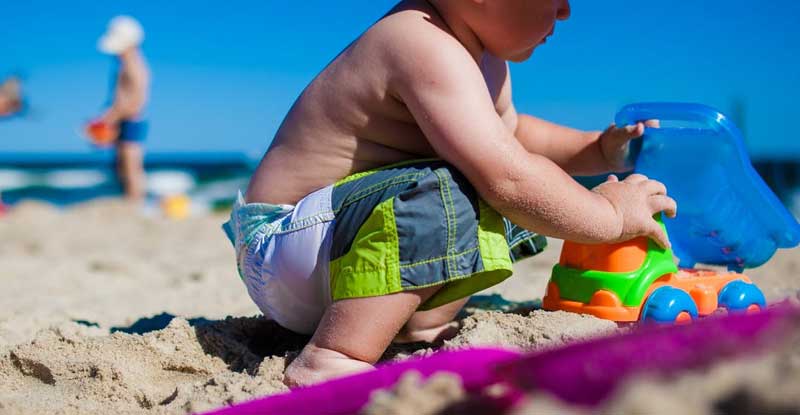 The toys from the 1950s and 60s were probably the worst offenders as far as political correctness and even basic common sense are concerned. Some crazy toys from that era include an atomic toy set with real uranium ore and toys that encourage cigarette smoking in kids.

Can you imagine modern parents even thinking about buying these toys for their kids in 2018?! But such has been the level of sanitization in the modern toy market, even relatively harmless toys from the 1980s would probably be banned in today’s market.

A lot of that is due to active campaigning by over-zealous parents and activist groups. For instance, Toys R Us was forced to retract a lineup based on the popular TV series Breaking Bad.

Many of the famous toys from the past decades were imaginary creatures with guns and weapons. And Gun Control is a very sensitive topic in America at the moment. So naturally, toys like Barnyard Commandos and Food Fighters have become too hot for toy companies to handle.

To an extent, sensitivity and PC are excellent. But taken out of control, all they do is stifle creativity and imagination. Kids toys should be outrageous and out of this world at least to some extent.

Focusing on creating personalized toys that reflect what you do not help stimulate creativity and imagination. And that is what is wrong with modern Politically Correct Toys.

The Kickstarter project is meant to be a social commentary about how we have changed as a society. The project involves a catalog of photographs of vintage toys that reflect this change.

By supporting the project, you can get Limited Edition photograph portfolio of 90 sets. All are images of vintage toys photographed by David Murphey.

5. When Politically Incorrect Toys Were Normal!

These toys belong to an era when public smoking was not taboo. An age when you could drive without a seatbelt and not get fined. A period when black power was on the rise and hippies were beginning to capture mainstream attention. 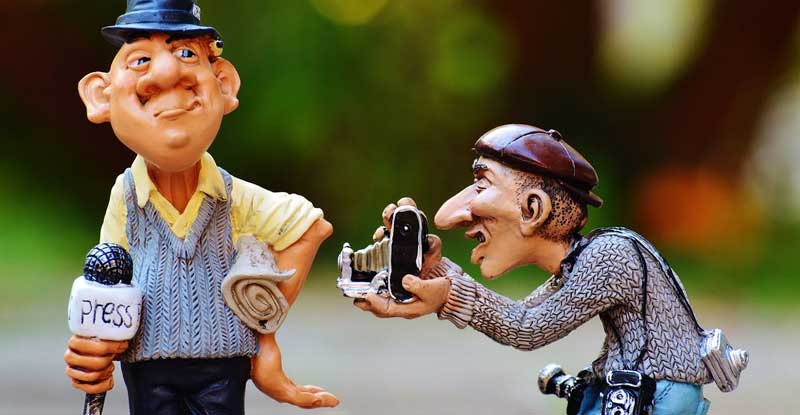 They belong to an imagined version of the modern world. They take inspiration from some of the more negative aspects of contemporary pop culture. But what follows after them are the real deal.

In this world of reality TV and total lack of respect for privacy, how about a toy that allows kids for roleplaying as paparazzi reporters?

Think about this as a fair reflection of the depiction of violence and gore in modern mass media. This would be a boardgame in theme with the Saw series of movies. Players try to avoid the mastermind’s traps, and stay alive while trying to kill other players.

Monopoly is a massive boardgame series with tons of variation. But this particular riff is genuinely unique. The objective of the player is to knock down the neighborhoods and build luxury buildings and pricey supermarkets for the rich folk.

This is a reflection of the reality TV trend towards parents of multiple babies. So instead of twins or triplets, this toy set comes with anywhere from 6 to 18 babies. Extras include custom strollers, a reality TV contract for the parents, and other gimmicks.

A life-size doll for the little aspiring cosmetic surgeon. You can do liposuctions, nose adjustments, and breast implants or reductions on this doll. It can even do collagen injections on the lips.

Junkyard Dog was an actual pro wrestler who wore a chain around his neck as part of his persona. But he was an African American, and his toy depiction comes across as very, very racist indeed.

A toy handgun with the name “Dick” etched on the sides would have meant “private detective” for a 1950s audience. But in the modern world, the connotations are a bit different, to say the least. This was just a simple yellow school bus toy with the name of the manufacturer printed prominently on the sides. Quaint in the past, but today, most certainly not!

These minstrel makeup kits allowed kids in the ‘50s to paint their faces black. There was even a version that promised to make you look “Chinese.” All you need to do is look up the list of celebrities who landed in hot water for doing blackface to know how insensitive this toy would be now.

Nobody can deny the casual sexism in Beetle Bailey comics. But this particular toy is particularly insensitive in a modern era when the armed forces are trying to deal with issues of harassment.

This was a case of massive lack of foresight, or as some would argue plain eyesight. The makers were trying to cash in on the success of ET movie when they made this toy. It is supposed to look like an alien finger, but ended up looking like another part of the anatomy!

As we said, the obsession with PC can lead to boring toys. But in some instances, they also result in hilarious toys that fail abjectly at what they were trying to do.

Here are some famous cases:

This was a colossally bad idea from Mattel. It should rank as one of the top toys with the ability to make everybody queasy and uncomfortable. The doll is exactly as the name suggests: it has a pregnant Midge from Happy Family.

But that is not the awkward part. Little girls can actually open her stomach. And inside, there is a small fetus doll, vaguely like one of those Russian Dolls. The whole thing was simply creepy.

These would have been mostly non-controversial attempts at depicting foreign cultures, if only they had been done right. Nobody wants to see the same old boring white Blonde Barbie all the time anyway.

But with these two dolls, what you get is basically Barbie dressed in foreign looking clothes. The Chinese doll doesn't even have Asian features, just a mandarin dress, and hairstyle. The Amazonia doll is basically a white doll with tribal tattoos and vaguely tribal clothes.

The Sock Obama And Cuddle With Me Lil' Monkey

The Sock Obama was a Utah based toy company’s attempt to cash in on the 2008 presidential race with the release of the doll. They called it “historic presidential memorabilia.” The rest of the world called it as it was: a sock monkey that was made to look offensively like Presidential candidate Barack Obama.

That says all that needs to be said. The cuddle me lil monkey is a doll set that comes with an infant doll and a stuffed cuddly animal. The infants are available in diverse ethnic backgrounds, including African American. The problem again is with the choice of the accompanying cuddly animal. Yes, it came with a monkey as well.

This was an ‘80s attempt by Hasbro to diversify their lineup of GI Joe toys. All they managed to do was stoke up some good old racist tensions. They had not one, but two new characters belonging to the Native American stereotypes.

And these dolls were stereotypical to the extreme, with eagle feathers, and “mystical” powers. And their descriptions and back stories were also pretty unimaginative, and in many instances, downright insulting to the Native American community.

This disaster from Mattel was originally meant to be a tribute to survivors of breast cancer. A percentage of the profits were supposed to be donated to cancer charities. Very noble and all that, but if only they had paid attention to the design of the doll itself.

The problem in these dolls was with their anatomy. Many breast cancer survivors have to undergo surgical removal of their breasts. And Mattel’s idea to honor them was to release a Barbie doll with a perfect pair of large breasts.

And this is the same company who were not squeamish when designing a doll with a fetus inside. They drew their line when it comes to depicting women without breasts, it seems.

Cabbage Patch Dolls were a monster hit back in the 1980s for the manufacturer Coleco. So they decided to cash in, using a very original idea. Why not expand the lineup using dolls that depict preterm babies?

The Preemie Dolls had smaller bodies and balder heads than their regular counterparts, for originality and stuff. The bad thing about these? Real preterm babies are not cuddly.

They are fragile little bodies battling for their lives inside machines (incubators). And they do not look cute, like at all, which is probably why Coleco did not dare to depict actual preemie babyfaces. Long story short, these dolls were an insult to actual parents of preterm babies.

Mattel and Barbie once again take the cake (or in this case, cookie) for the worst toy ideas ever. The Oreo Barbie was a tie-in with Nabisco. They could have used just about any cookie or snack item out there, but they had to pick Oreo.

They simply had to. And since they had to be sensitive, they decided to make the dolls of two ethnicities, white and black.

The world of toys is indeed very fascinating. And even a cursory look at the way they have evolved over the times is very revealing and startling.

We as a society have come so far in these last few decades. But a positive change can have some adverse effects as well. Oversensitivity and obsession with political correctness are one of those. And the Politically Incorrect Toys series reminds us of just that. 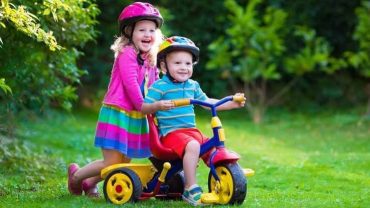