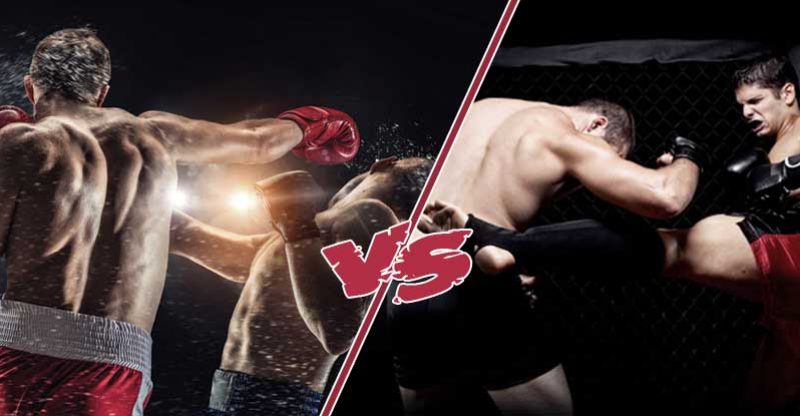 The boxing vs MMA debate has been going on for a while now, but is it really fair to compare the two? Fair or not people are doing and if you want to take part in the conversation and form an intelligent opinion, you’ll want to learn the similarities and differences between the two. Contents show
1 Boxing Vs MMA: Are They Same?
1.1 1. Suppose an MMA Fighter and a Boxer Challenge one Another?
1.2 2. Both are Obviously at a Disadvantage in Their Distinct Sports
1.3 3. Boxers Will NOT Fare Well in an MMA Bout and Vice Versa
1.4 4. Boxing vs MMA Rules
1.4.1 Boxing Lingo
1.5 5. Why Do Boxers Make More Than MMA Fighters?

Boxing Vs MMA: Are They Same?

No they are not. Boxing is a part of mixed martial arts but MMA is not a part of boxing. The pugilists for both sports wear gloves but they’re not the same as the gloves on MMA fighters are lighter compared to a boxer’s.

Now To Equate The Puncher’s Chance.

1. Suppose an MMA Fighter and a Boxer Challenge one Another?

Even if both work out the same number of hours per day it just isn’t the same. A boxer works on his hand speed and footwork so they’ll excel in punching. An MMA fighter also does boxing but works on grappling, holds, kicks and other areas.

If a boxer goes into an MMA fight he’ll have to worry not just about punches but also kicks and takedowns. If he can land a solid punch his opponent will be in trouble. MMA gloves have thinner padding so if you get hit by a boxer it’s really going to hurt no matter how big the opponent is.

But the same rule applies if the boxer is taken down. Even if he’s big he’ll be put in a submission hold by the MMA fighter where he’ll tap out or lose consciousness.

We can say the same thing for the MMA however. If he goes into a boxing ring he doesn’t have to worry about getting kicked or taken down. However he is limited to just punching, and he’ll need a powerful combo since the gloves have more padding.

And as pointed out earlier, boxers are better punchers because they spend more time honing it. Their footwork and familiarity with boxing also means they’ll be able to see punches as they’re launched.

2. Both are Obviously at a Disadvantage in Their Distinct Sports

The scenario outlined above shows why a boxer is at a disadvantage if he enters the MMA octagon and the same thing for an MMA fighter who climbs up a boxing ring. The two sporting competitions are very different and unless one is very familiar with the rules and been competing for years, they will be the underdogs.

No matter who the fighters are, it is the rules employed in a match between a boxer and MMA fighter will make the difference.

3. Boxers Will NOT Fare Well in an MMA Bout and Vice Versa

The bottom line is neither one has an advantage if they compete in a sport they’re not familiar with. This is no different from a golfer to compete in Wimbledon or a tennis player to join the Masters.

The rules for boxing and MMA are just too different. It would take years for each one to get used to the rules and excel, so they’ll be hard pressed to win.

To illustrate the difficulties that the combatants will face, let us take a look at the rules of both sports, the similarities and differences. Certain terms are used in boxing to describe how a boxer wins a fight.

5. Why Do Boxers Make More Than MMA Fighters?

This has always been the assumption and if you look at the paycheck of Floyd Mayweather that seems to be the case. But the figures are not that simple to calculate because there is no other boxer who makes the kind of money Floyd does.

Having taken that into account, let’s do a quick rundown of the figures.

So based on these figures it would seem that boxers do make more money. The statistics also indicate that majority of MMA fighters who make good money are in the UFC, with just a few in WSOF and Bellator.

So what’s the reason for the earnings disparity? The most likely reasons are lack of competition and the huge market share of the UFC.

One reason that’s often cited is that boxing generates more revenue compared to MMA. That is not true. It’s a fact that the Mayweather – Pacquiao fight sold millions in PPV, but if we take a look at the average PPV revenues, the UFC rakes in more money than boxing.

That is also the reason why the UFC deal with FOX is worth more than the boxing budgets of Showtime and HBO. On average the UFC gets more revenue from the gyms, merchandise, video games and more.

But the dominance of the UFC is another reason why MMA fighters don’t make as much money. The UFC owns a significant chunk of the MMA market to the point some consider it a monopoly. This position of dominance allows them to set the price. In boxing you’ve got competing promoters like Bob Arum and Golden Boy.

So what it comes down to is MMA fighters don’t make as much money as boxers. But that doesn’t tell the whole story because earnings are skewed due to the enormous pay that Mayweather and other top boxers receive.

When people think of boxing the first thing that comes to mind are the millions which prizefighters make. As the figures show there aren’t a lot of boxers that come even close to what the top fighters earn.

While it is true that MMA fighters make less than boxers on average, the minimum for a UFC prelim fighter is higher compared to what a prelim boxer earns on HBO ($10,000 compared to $1,500).

The problem with comparing purses is that people usually compare only the top prizefighters as mentioned earlier. And even if the purse minimum in the UFC is higher, that doesn’t amount to much if there isn’t a lot of opportunity to get a bigger paycheck due to lack of competition.

Having pointed those out there are some key takeaways from the figures we have here.

What it really comes down to is you can’t compare boxing with MMA because the two have too many differences. From the techniques to the rules, the two sports are just very different from each other.

Whether it’s a boxer going in the octagon or an MMA fighter in the boxing ring, they’ll be at a disadvantage. 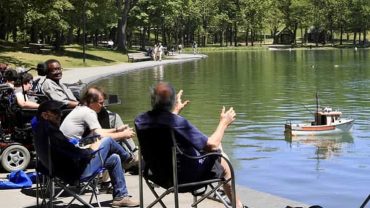