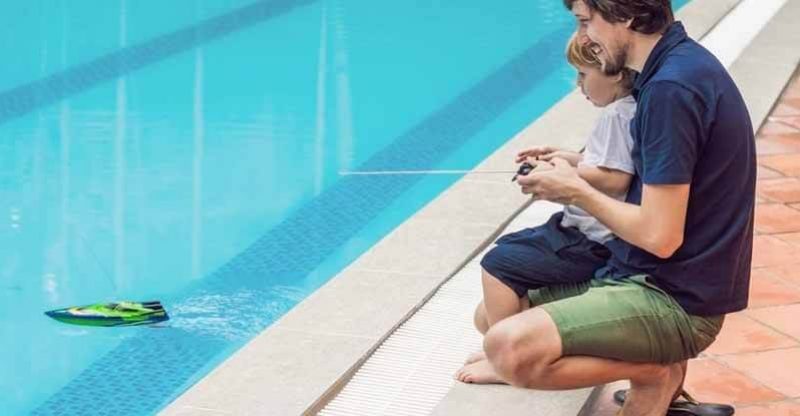 Regardless of their purpose or design, all modern RC boats use the same basic control system. In this article, we will discuss in detail, how rc boats work? It uses a radio control system, which has the following components: This is the component present in the controller or joystick that you hold in your hands. It relays the control instructions from your hand to the boat. A transmitter is often called Tx for short. There are numerous transmitter designs in the market these days, with varying levels of complexity.

The cheapest is often available for as low as $20 or 30, while advanced models usually cost thousands of dollars. Older transmitters usually operate at lower frequencies in the MegaHertz (MHz) range.

Digital technology has changed this, with newer remotes using higher frequencies in the 2.4GHz range. Transmitters are rated with a set number of channels. This denotes the number of functions on a boat the remote can control.

More expensive transmitters can also receive data from the boat (telemetry) for better control. Transmitters need battery power to function, often in the 12v capacity. You can find remotes with AAA and modern Li-ion batteries.

As its name suggests, the receiver is the component on your boat that receives the signals sent by the transmitter. This component is often abbreviated to Rx. It sends the received signals to the different mechanisms in the boat, like the motor and the servos.

A receiver needs to be on the same frequency as a transmitter for the remote control boat to function. Usually, transmitters and receivers are sold as a bundle. But you can also bind two separate pieces of these components, as long as they are a compatible design.

The antennae are a crucial part of any receiver and the most fragile as well. Replacing damaged antennae is a difficult task.

Servos are devices that control the movement of an RC boat. They receive electrical signals from the transmitter-receiver combo.

Servos then convert these signals into physical movement of parts of the boat. Your boat will have a servo for each of the channels on the remote control.

Mechanically speaking, a servo is a geared motor connected to a potentiometer. They will rotate to anywhere from 90 degrees to 360 degrees, based on the complexity of the RC design. Servos have a weight and torque rating.

These ratings are usually expressed in Kg Though they draw power through the receiver, larger servos often require a separate power system. Such servos are coupled with a device called UEBC for constant voltage supply.

These components are electric circuits that direct a motor to change its speed setting or direction. Motor controllers are also called Electronic Speed Controllers, or ESCs for short.

They function by converting low power input signals into signals that are usable by a motor. ESCs also help protect your batteries from damage.  They do this by allowing you to set a cutoff voltage, which prevents damage due to over-discharge of batteries. Continuing a point raised in the above section, there are two types of motors for RC boats: Brushed and Brushless motors. True to their name, brushed motors have tiny brushes inside that are used to switch power through the coils.

And brushless motors use a design that removes the need for these brushes. Instead, they use an external controller to switch the power. Brushless designs are more efficient, durable, and can handle higher speeds and torque.

They are superior to older brushed motors. RC motors are often rated at Kv. Instead of Kilovolts, Kv stands for the number of rotations per minute per volt performed by the motor.

A pitch of a propeller is the distance it can move in the air when it completes one full rotation. Faster motors use “normal” propellers, which have a straight edge. For slower, geared applications, a “slow fly” propeller with a curved edge is used.

RC gears are not sold based on their size, only the pitch and number of teeth.  The pitch here denotes the spacing between the teeth. Gear can be either a Spur (larger) or pinion (smaller).

You can find batteries for RC applications in all sizes and chemical compositions. But the most popular options are Lithium Polymer or LiPo, Nickel Cadmium(NiCd), and Nickel Metal Hydride (NiMH).

NiMH and NiCd are the older, outdated battery technologies. They tend to be heavier and weaker than their modern successors. But on the plus side, they are slightly less expensive and more resistant to shock and to overcharge.

LiPo batteries are the newest kids on the block. They are smaller, lighter, and can pack a huge punch regarding power delivery. Often a LiPo battery will have double the charge capacity of a similarly sized NiMH or NiCd battery.

But as a negative, these batteries have a soft design that can puff up and explode if they are overcharged or deteriorating.

Chargers for RC batteries do not come with an inbuilt power supply of any kind. So you will have to ensure that you have a working power supply of some kind for your charger when you are out in the field. To understand RC batteries and their charging, you have to familiarize yourself with these basic concepts:

this is the actual charge capacity of a battery. It is short for milli-amp hour or amp hour. One Amp hour is equal to one thousand milliamp hour.

“S” is for Series cells, which determines the voltage of a battery. On the other hand, “P” is for Parallel cells, which talks about the capacity of the battery.

This indicates the rate at which a battery gets discharged. For example, a battery with a 1 C rating will completely give up its charge in one hour of use.

You can calculate the maximum current output of a battery by multiplying it's C Rate and capacity.

They are popularly known as “monohulls.” These are the most popular RC boats. Their hull design ensures high speeds and quick changes in direction. They are also very stable even in rough weather conditions and strong waves.

Their stability and superior maneuverability are due to their V-design. It absorbs the energy impact of the waves better. The shape also makes it easier to cut through the water.

Catamarans are instantly recognizable, thanks to the two sponsons protruding from either side of the hull. They are modeled after full-size off-shore racing boats and have enhanced stability.

But since the catamaran hull sits deeper in the water, it has more drag than a Deep-V boat. So these boats tend to be slightly slower than monohull boats. They also cant operate in deeper waters, due to smaller drafts.

With a design that looks like a pronged fork, these boats work well only in calm waters. They are used primarily for oval racing.

RC boat hulls come in various designs, and you can find boats with different power figures. But the underlying mechanism for controlling these boats remain the same. They may vary in complexity, but they use the same transmitter-receiver combo for controls.

Modern RC boats sport advanced digital features for improved speed and navigation. Regardless of your tastes in boats, you can find an RC model to suit your interests to a “T” these days. 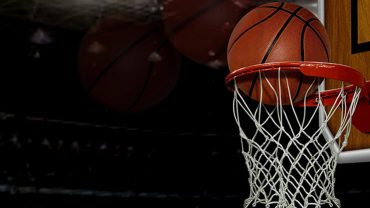